For those who have been eating beets in their entire life, this question should not bother at all. But for those who are still yet to try this magnificent crop, you will really be amused here.

Well, I am not saying that beets are rare ingredients. In fact, there are some regions in the world where this particular crop is cultivated and harvested abundantly. And since it can be used in different recipes, a lot of people became a fan of it.

In this post, I did my best to elaborate on the taste of beets. In this way, you will be able to decide if this particular food suits your palette. What are you waiting for? Read on.

Before I answer this question, I have to clarify one thing first.

You see, many people have required regarding the status of beets. Are beets a vegetable?

The answer is a simple yes.

Beets, based on their structure and composition, are a type of root vegetable. It is popularly known because of its reddish coloration. There are multiple parts in the beetroot that can be eaten. For instance, its leaves can be consumed either cooked or raw. Meanwhile, the crop is typically used in soups, salads, and other delicacies.

Now, let's get back to our main topic. If you are deep into the culinary world, you are probably aware of the notorious status of beets. A lot of people say that beets have a taste that is similar to dirt. Of course, it appalled many and avoided these rather healthy vegetables.

When you eat beets, it is not exactly dirt that you are tasting. Instead, you can refer to this as the epitome of earthiness. Even the smell of the crop is quite earthy, too. You can say that fresh beets have a taste that is reminiscent of a wet soil after it was drenched by the rain. For me, it has a great semblance to the rural lands, where newly plowed fields are ever-present.

The last that you want to say about beets is that they taste like dirt. Trust me. You don't know the real taste of dirt, and I bet you wouldn't dare to find out.

The idea that beets taste like dirt stems from the fact that it is a root crop. But I find it quite discriminating. Nobody said anything bad to carrots and sweet potatoes where, in fact, they are on the same page as these beetroots. I haven't heard anyone said that they taste like dirt.

Therefore, people describing the flavor of beets as similar to dirt are actually clueless. They don't have the right to say it, especially because it is an excellent ingredient for various delicacies.

And for those asking the question if you can you eat beets raw, the answer is a simple yes. You just have to wash it to remove the actual dirt on its surface.

How To Wash Beets 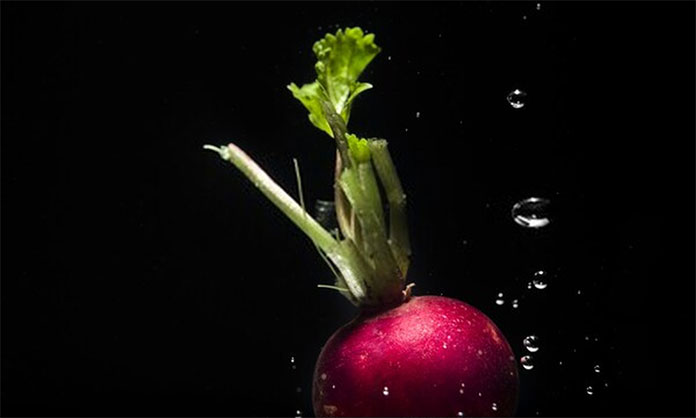 The following procedures are pretty simple, and anyone should be able to do it.

Check this video out if you want to get a better picture on how it is done! I cannot answer the question "what do beets look like" without discussing first the different varieties of this vegetable.

The following are not exactly a complete list of beetroot varieties. However, these are among the commons being sold in the market and cultivated in farms. While it is true that this type of beets is seemingly ordinary on the outside, its inside makes it distinct from the rest. Specifically, the interior of this crop features stripes of red and white flesh. Because of this unique characteristic, Chioggia beets are also referred to as the "Candy Cane" beets. Coincidentally, Chioggia beets are not only earthly but also sweet. Among all the beets out there, this particular variant is considered to be the sweetest! The color of golden beets veers away from the typical reddish color of ordinary beets. This variant features a unique orange coloration, which is somehow similar to carrots. When having the "golden beets vs red beets" comparison, one of the notable advantages of the golden variant is its imperviousness to bleeding. Even if you cut the entire stem when you cook them, they won't bleed. Meanwhile, the flavor of the golden beets is just mild. It is not as sweet and earthy as the Chioggia beets. The Cylindra beets are definitely a high-class beet variant. It is something that you can use to show off to your guests. The appearance of the Cylindra is similar to a carrot. In fact, you can confuse it with the latter because of their similarity in structure. Keep in mind that Cylindra is a Danish heirloom, which in contrast to the Italian heirloom Chiogga. Cylindra is notably soft and palpable. It has a smooth texture, which differs from the red beets.

This video offers a comprehensive look at the different types of beets:

These are the necessary things that you should know about beets. Although they are just basic stuff, at least they have given you some clarifications to some of your age-old curiosities.

Overall, you should trust me when I say that beets have a desirable taste. You will like it, regardless if you serve it raw or cooked. Don't ever believe those people that it is a repulsive veggie. They just don't know what they are talking about.

Well, that's it for now. If you have questions, feel free to drop them in the comment section below! How long does cooked shrimp last? Many people love shrimp. It is a seafood delicacy that is like no other. It has a unique taste that simply reminds of the rich flavors of the underwater world.More…Of course, just like other water-based ingredients, shrimps require cooking. It is not ideal for eating them raw because there’s a… 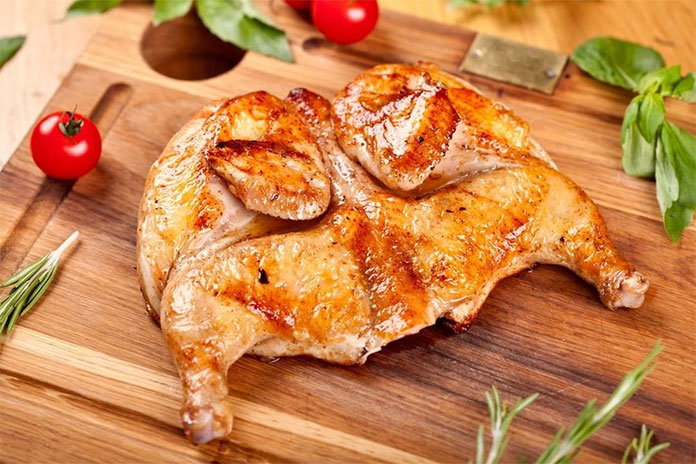 How to know if chicken is done? Is there any foolproof way to ensure that you can prevent your favorite meat from being overcooked or undercooked? It is highly probable that all of us have experienced a situation where we thought that the dish we cooked are already prepared but embarrassed by the fact that it… Many of us love pasta. It serves as the perfect meal for most of us. Any variant of pasta is acceptable to our taste buds. From breakfast to dinner, the pasta is surely an acceptable dish!More…But then again, leftovers can be expected. Not all the time, we can finish a complete meal, even if it… There are different types of “oils” that are used in the kitchen. And by now, I am pretty confident that each of you knows a couple of them. Moreover, we have an inkling of assumption as to where these oils are derived based on their names. For instance, corn oil is extracted from corn, while the… How long can chicken sit out without getting spoiled or perished? Poultry products are among the staple ingredients in various kitchens in the world today. Regardless of where you live right now, it is undeniable that there are various chicken recipes that can satisfy your taste palettes.More…But at the same time, we have this problem with…