There are different types of "oils" that are used in the kitchen. And by now, I am pretty confident that each of you knows a couple of them.

Moreover, we have an inkling of assumption as to where these oils are derived based on their names. For instance, corn oil is extracted from corn, while the sunflower oil is from those delectable sunflower seeds.

If this is the given way of naming these oils, can it be stated that the salad oil came from salads? Of course, that's a pretty ambiguous thing to answer, and that's entirely understandable.

So what is salad oil, and how does it differ from other oils out there? Well, you should read on to discover the answer to these intriguing questions.

What Is Salad Oil?

The term "salad oil" has been a subject of confusion. Specifically, there are old recipes out there that simply indicated "salad oil" and nothing else.

Of course, you have to realize that there are no oils out there that are derived from salads. Therefore, you have to end any conception in your head that salad oil is equated to salads.

Instead, you need to know that salad oil is actually any type of vegetable oil that is used in dressing salads. Furthermore, it could also refer to peanut, canola, or corn oil or any oil that are light in texture and flavor. As a tip, make sure that when you are making salads, you need to avoid using those oils that have strong or overpowering flavors. They can alter the taste of the salad--and not in the way that you want.

Now, what's the difference between these two? At some points, some of you have already thought of this question.

Honestly, the best answer to this curious query is "barely." Almost no bare difference can be spotted in these two oils. Well, at least for those who know how these oils are produced.

Keep in mind that a salad oil can also be vegetable oil. Specifically, it is formed from various vegetable oils through the process of degumming, bleaching, refining, and deodorization. I will not elaborate any more on all the things that happen within these steps. They involve a lot of chemistry, which is something that I don't want to delve into too much. What you need to know here is that the resulting product of all these procedures combined is called "salad oil."

You also need to notice that even a salad oil is taken from vegetable oils, the procedures involved in making it is quite different. In fact, salad oils can even go further enhancement to expand its functionality. This procedure is called fractioning, which refers to the separation of medium and short triglycerides from the longer and shorter ones.

Now, a salad oil is not a culinary oil or any variant of oils that have been mixed with spices, herbs, and other additives. The characteristic of a salad oil is definitely different from sesame oil, olive oil, avocado oil, and walnut oil.

Furthermore, it is important that you understand that salad oils have extremely low viscosity. In layman's term, it runs smoothly when poured. It almost has no stickiness to its texture. Also, it is devoid from odor and flavor, which makes it a neutral enhancer. Because of these given characteristics of salad oil, it became a perfect choice for dressing, coating, and other similar food preparation techniques. For now, I have to declare the salad oil is the best oil for salad dressing.

Overall, I can say that salad oil is technically a vegetable oil. However, vegetable oil is not necessarily a salad oil unless it has been processed to become one. In fact, the previous statement is the perfect answer to the question "what is considered salad oil".

Salad oil is different from other oils because of its unique traits.

One should know that it has a limited shelf life. Perhaps, its lifespan of the shelf is considerable the shortest among all the oils that you have in the kitchen.

The salad oil is extremely prone to rancidity, especially when it is placed on environments where there is too much oxygen or heat. You also need to store it compartments or containers that have abundant nitrogen so that it won't oxidize.

Certainly, the salad oil should not be used in baking, frying, or any food preparation methods that involve heat and extreme temperatures. It should only be used in room temperatures so that its quality won't be compromised.

For those who are asking the question "what is salad oil for baking", there's no such thing as that. As I said, the salad oil is not usable for such an application. Baking requires a different type of oil.

Needless to say, any salad oils are considered healthy oils for salad. It is quite difficult to find substitutes for salad oil, given its characteristics. However, if you are just looking for alternatives for salad dressing purposes, then I can give you several options.

At this point, I hope that you have learned all the necessary things that you want to know about the salad oil. Based on the explanations that I've given, the salad oil is quite different from the oils that you use in baking and cooking. It has even some slight nuances when compared to vegetable oils. To be on the safe side of things, you should only use salad oil for dressing purposes. Unless you know what you are doing, you should only stick to its intended application.

That's it for now. If you have other questions about food, ingredients, and any matter that is related to cooking, you can freely ask me here!

We all agree with the fact that meatloaf is not the most complex and delectable delicacy in your menu. It is not even on the level where you can say that it is captivating to the taste.More…However, one thing that makes meatloaf great is its versatility. It can go with several dishes without compromising the… 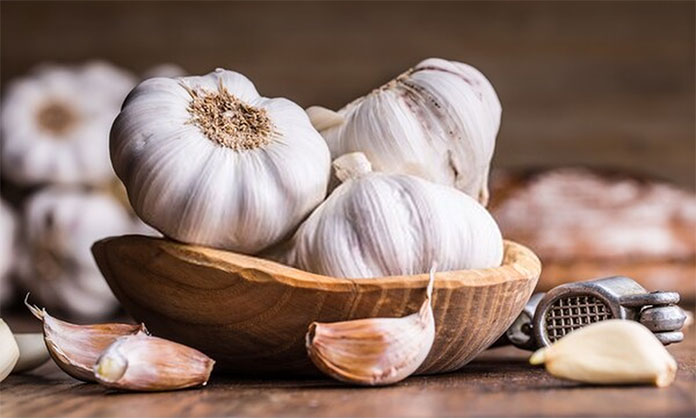 You’ve probably seen a caper before. But chances are you also just probably mistook it for olives. You’re not alone. Capers can confuse some since they do look like small olives from afar.But taste-wise, they’re not entirely the same.More…Capers are not fruits nor are they considered vegetables. They are sometimes called berries although the more… Is pudding gluten free? Well, I’ve heard that a lot of people are quite curious if their favorite pudding contains even the slightest gluten. Of course, I understand the endeavor of some to know if the food they are eating contains gluten or none.More…After all, gluten intolerance is an issue. If you suffer from this condition,…